We’re on weather hold at McMurdo, waiting for some snow to clear, which is the perfect time to write a quick post.

What’s the Cold Dirt team up to this year? We’re here in the McMurdo Dry Valleys again trying to learn more about shallow groundwater. Because it’s so cold in Antarctic (-18˚C is the average temperature in this part of the world), most of the ground is frozen all the time. This frozen ground is called permafrost. But in the summer, temperatures climb up to freezing, or even a little bit above. When that happens, the warm surface of the soil starts to thaw. The ground thaws and ice in it melts down to a depth of 30-60 cm (about 1-2 feet). This is called the “active layer” among permafrost geologists because it is where freeze-thaw activity occurs.

When the active layer forms, the near-surface hydrological system starts to spin up. Water melted from ground ice, snow banks, and even sucked into the soil from thirsty salts starts to flow downhill. The water fills up the space between the ground surface and the frozen soil down below (called the ice table), making streaks of wet, muddy soil we call “water tracks.” Water tracks are like underground streams that connect the tops of the valleys to the ponds and lakes at the bottom of the valleys. 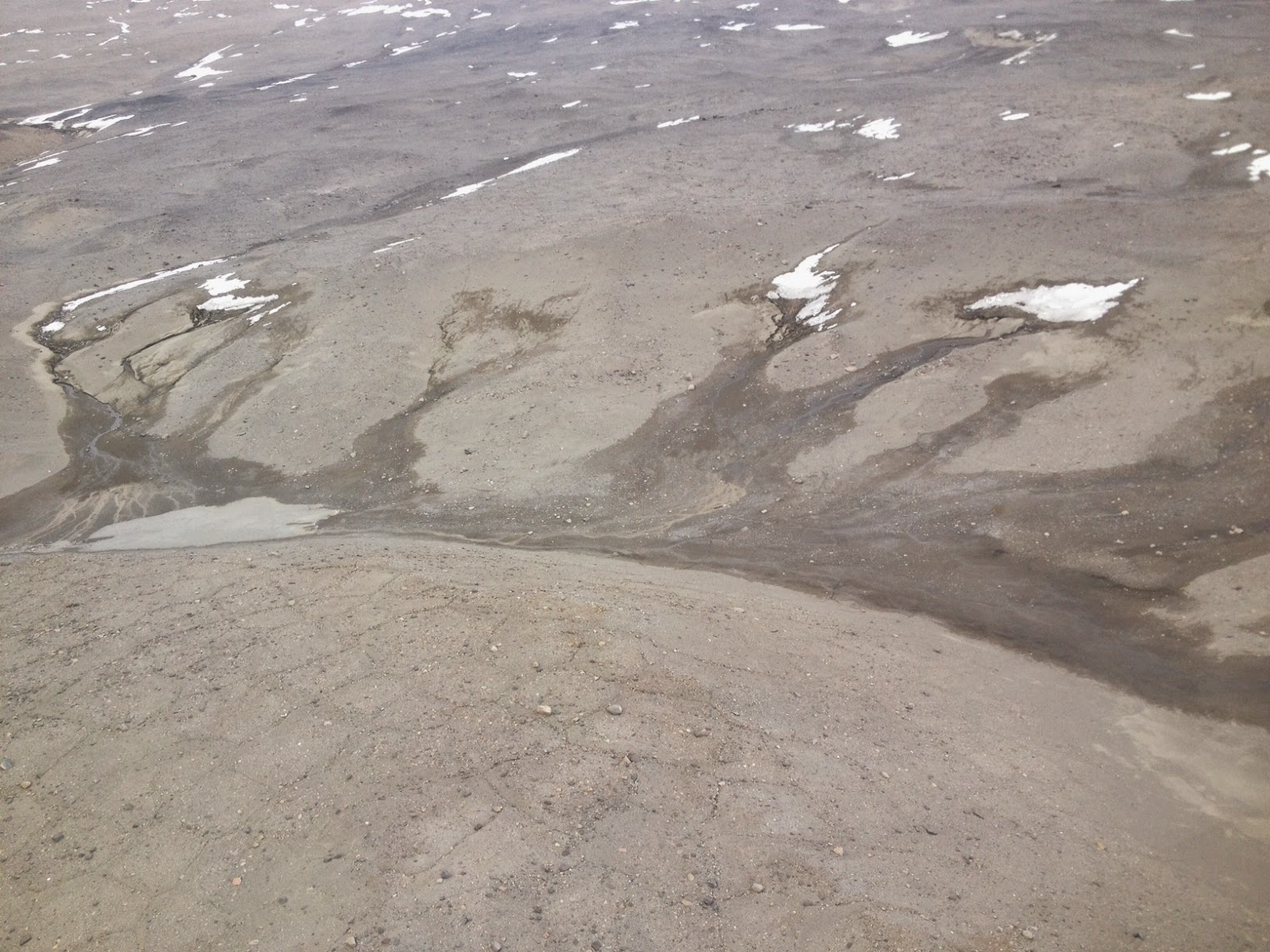 This mud isn’t just fun for making mud pies, it’s actually very important for understanding how the ecosystem here functions and how it fits in to the bigger global climate system. Water tracks carry water and nutrients (like carbon and nitrogen) to microbes, algal mats, and invertebrates in the soils. These organisms may be far from streams and lakes and would be cut off from food and water without the underground plumbing system provided by water tracks. As a result, there’s actually quite a bit of soil carbon (living and dead microorganisms and nematode worms) that builds up in water tracks. Water tracks provide an organizing principle to the soil biological community here in the Dry Valleys, marking of places that are wet enough, food-rich-enough, but not too salty to live in.

Water tracks also give us an idea of what Antarctica might have been like 15-30 million years ago, when large parts of it were not coveredin ice sheets. If Antarctica was cold, but not quite so cold as today, large ice-free areas may have been crisscrossed by networks of water tracks. This shallow groundwater system might have been enough to support large communities of plants, microbes, and some organisms like insects and small invertebrates. If so, Antarctica may have looked much like the high Arctic today. Carbon preserved from this comparably warm portion of Antarctic history may be stored beneath the ice sheets today.
Posted by Joe Levy at 1:03 PM